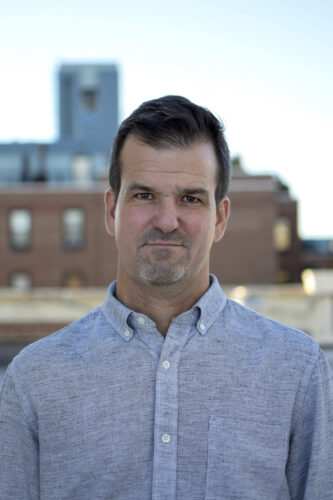 “Growing up in white, upper-middle class suburbs of Minnesota and New Jersey, my parents raised me to respect the dignity of others, treat them fairly, and contribute to the common good. These values took on new meaning and urgency for me when, as a young adult, I began to explore the world, and saw firsthand the inequality and suffering that result from our social, economic, and political systems. Learning about the experiences of others compelled me to fight for dignity and justice for all people, especially those most impacted by race, class, gender, and other forms for structural oppression.”

Clay provides consulting and coaching to social justice organizations, leaders and staff in New York City and nationally to help them become more visionary, strategic, and effective in their work. He has a long history in grassroots organizing, and brings a strong analysis of race, class, gender and sexual orientation to all his work. His organizational consulting services include strategic planning, theory of change, management and supervision systems and structures, team building and organizational development. He also does training in the key elements of grassroots organizing, including base building, leadership development, power analysis and campaign planning. All of his consulting highlights the importance of direct, compassionate communication in building effective teams. His leadership coaching supports directors and staff of grassroots organizations to be more impactful leaders and live balanced, healthy lives. He uses a somatic approach that helps people articulate a compelling vision for their life and leadership, and move towards this vision through daily practices that shift their long-time habits. Through this approach, leaders build stronger self-awareness and develop new skills and competencies for working effectively and sustainably in high intensity environments.

Clay has over 25 years of experience in grassroots social justice organizing, organizational leadership, training, consulting and coaching. He began his career as a grassroots organizer with the Northwest Bronx Community and Clergy Coalition, where he worked for more than a decade as an organizer, staff director, and interim director. He worked as an organizer at the Stamford Organizing Project, a collaboration of five major labor unions. He co-founded Social Justice Leadership, which developed a model of Transformative Organizing on which it trained thousands of members, organizers and directors of organizations nationally. Transformative Organizing integrates grassroots organizing, political education, organizational development, and a somatic approach to deep change to build more powerful alliances and movements. He has worked closely with generative somatics, and was part of its Teacher Training and National Strategy Teams for over five years. Through his coaching and consulting practice, Clay has supported organizations to successfully manage significant programmatic and/or leadership transitions. He recently worked at the New York Energy Democracy Alliance, where he coordinated a state-wide alliance focused on advancing a just and participatory transition to a resilient, local and democratically controlled clean energy economy in New York State.

Clay has lived in Upper Manhattan for over 20 years, with his wife, son, and dog, and is actively involved in local struggles against gentrification and re-zoning through Northern Manhattan is Not for Sale. He has received training in coaching from New Ventures West, the Strozzi Institute, and the Art of Transformative Consulting with Robert Gass. He has a BA from Amherst College and a MPA from the Woodrow Wilson School at Princeton University. He enjoys traveling to and learning about new places.