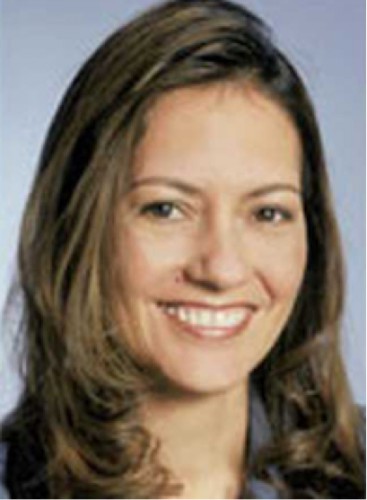 “When my parents faced an unplanned pregnancy in high school, my mother was kicked out of school. I was their third teenage pregnancy, they had five kids in all.  From their start in poverty-stricken South Tucson, and against all odds, they pursued higher education and became leaders in the community.  When I was a young girl my mother was a caseworker in the food stamp office.  I wanted to grow up to be just like her.  I have a distinct memory of cutting out paper food stamps, stuffing them in my “purse”, and having my little sister pretend to ask me for help.  By the fifth grade I organized my first protest, a sit-in at the principal’s office because only the boys had access to the baseball field.  And by my senior year in high school I had a weekly column in the city newspaper where I wrote about teen life and my favorite causes.”

Elizabeth Toledo is the President of Camino Public Relations.  She has more than twenty years of leadership in non-profit and advocacy communications, and is a prominent national speaker.

Ms. Toledo’s unique approach of weaving media strategies, marketing strategies, message development and visual campaigns has earned her wide praise, including being called “savvy” by PR Week. She has been a leading voice of opinion and analysis for nearly two decades and has appeared as a guest hundreds of times on the national media scene, including such top rated programs as CNN’s Anderson Cooper, NBC Nightly News, National Public Radio, Air America, and many additional broadcast and print outlets. She has been profiled by Ms. Magazine and National Public Radio, and has successfully generated leadership profiles for organizational leaders in such outlets as Vogue, Glamour, The Washington Post and The New York Times. She was featured in a front-page story and photo on reproductive health activism in the San Francisco Chronicle and in a front-page photo on Supreme Court issues in The New York Times.

Ms. Toledo has a unique ability to report on complex legal and social issues in a straightforward and accessible manner. She spearheaded communications plans for court initiatives, including Supreme Court judicial nominations as well as for major recent Supreme Court decisions related to women’s health. She has appeared on national news programs to interpret the impact of sexual discrimination laws in the workplace after circuit court and Supreme Court decisions were issued.

Ms. Toledo has a long history of leadership in grassroots advocacy, including being a leading national organizer of the 2004 March for Women’s Lives, which was the largest march and rally in United States history and which generated massive worldwide media coverage. She has also held a leadership role in electoral and ballot measure campaigns, and was a plaintiff in the legal case that reshaped athletic opportunities for women in California’s public colleges. Ms. Toledo has been a frequent speaker on campuses and in such outlets as the Commonwealth Club. Her speaking tour, titled “Everyday Acts of Rebellion”, has reached over 50 campuses nationwide. Ms. Toledo began her communications career as the teenage columnist for the Tucson Citizen, a Gannett paper.