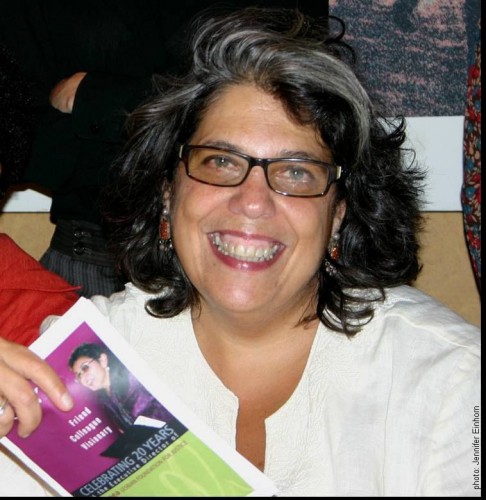 “I grew up as a jewish girl in lower Manhattan where my Dad had a neighborhood candy store. I saw the neighborhood gentrify and become the East Village and I became acutely aware of class and race differences at a very young age.  In the summer of 1968 I turned that knowledge to activism against the Vietnam War and so it began…”

Ellen Gurzinsky founded Windowbox Coaching and Consulting in January 2009 after nearly thirty years of leadership of both community based and national progressive organizations. Her work has been focused on workers’ rights and labor education, women’s advocacy, violence against women, LGBTQ rights and movement building.
Ellen’s organizational experience reflects her commitment to supporting social justice movements.  Ellen served as the Executive Director and President of the Funding Exchange, a national association of public foundations that support progressive social change.  She was also Program Director of Funders for LGBTQ Issues where is developed and facilitated projects, conferences and other programs on racial equity and other issues of concern to LGBTQ grantmakers.
Previously, Ellen was the director of the Park Slope Safe Homes Project; a community-based program for battered women and their children, and co-founded the Coalition of Battered Women’s Advocates in New York City.  Ellen also has deep roots in worker education and the labor movement and was a founding member of the NYC Trade Union Committee against Domestic Violence.  She was also full time faculty at the District 65 College for Applied Social Sciences  – a program of Hofstra University that awarded rank and file workers the benefits of a college education.  She also served as the Associate Director of the Murphy Institute for Worker Education at City University of New York.
Ellen earned her Masters in Social Work in Community Organizing and was certified as an Executive Coach by New York University.  She has taught several courses at the graduate level at Hunter College School of Social Work.