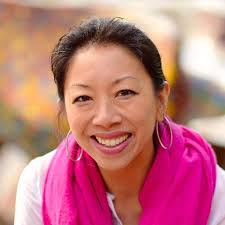 Jen Soriano is a leader in the field of progressive communications, with more than 17 years of experience building the persuasive power of social justice groups across the country. Through her consultancy Lionswrite Communications, Jen has strengthened the effectiveness of dozens of environmental, immigrant rights, racial justice and workers’ rights organizations at the local, national and international levels.

Jen joined the RoadMap Consulting Network in 2011 as its strategic communications coordinator. In this role, Jen helped design and launch RoadMap’s Weathering the Storms crisis preparedness and response project and now leads its communications arm.

Jen is a co-founder and programming co-director of the ReFrame Mentorship Program along with Director Joseph Phelan. Initially incubated by the Center for Story-Based Strategy, ReFrame is now an independent project that develops the next generation of social justice communicators.

In 2002, Jen co-founded the Center for Media Justice in Oakland, CA along with CMJ’s Executive Director Malkia Cyril. The Center for Media Justice has helped build a nationwide grassroots movement for digital equity, and has been instrumental in mobilizing leaders from communities of color to secure Net Neutrality and defend civil liberties in the face of unprecedented digital surveillance.

In addition to being a mom and communications strategist for social justice, Jen is also an essayist and fiction writer. She shares her writing at jensoriano.net and rants about politics on twitter @lionswrite.