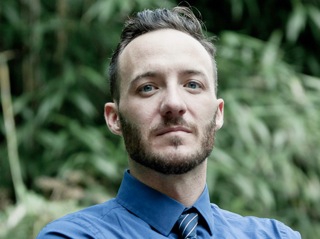 “Here is the story: I was born, I learned to walk , talk, read. I learned the world is a  messed up place and even though people made it that way, they are also beautiful in their courage, creativity, and ability to love. While my New York upbringing made me forever sarcastic and cynical, I have hope. Maybe it is from my Irish heritage that teaches me that you just have to keep fighting, even when victories are few, or my Italian side, which taught me there is always something good on the stove no matter how crappy your day was. It could be the poet in me that keeps the hope alive, for as much has been written we keep writing, searching for something. With all of the maybes there is at least one certainty, justice will prevail.”

Most recently, Joseph founded and is a principle at WeAreNotTrayvonMartin.com, a website and meme that encouraged honest and raw conversations about race and pushed for commitments by participants to take action to end racism in the wake of the acquittal of George Zimmerman. The website went viral earning appearances in JET, TIME, and Chicago Public Radio.

Prior to consulting, Joseph was the Communications Director with Caring Across Generations (CAG), a campaign of Jobs with Justice and the National Domestic Workers Alliance.