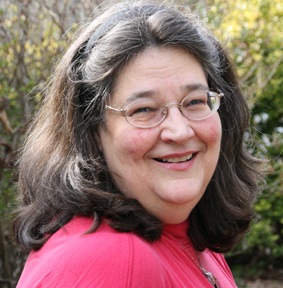 “I was raised in a solidly middle-class family in an east Tennessee town, largely isolated from people of color, protected from most manifestations of poverty, and innocent about the nature of oppression. Then as a college freshman, I was offered a summer job at the textile mill, working alongside sturdy women who drove down from the coalfields every day for a ‘good job in the city.’ As I listened to them talk about their lives and their aspirations, for the first time I recognized my privileges as an white, middle-class, educated woman with opportunities I had always taken for granted. I realized that I had choices that others did not…but why not? That summer, my relationship to power and my new awareness of unearned privilege shifted my consciousness forever.”

Kathie has worked as a consultant since 1997, partnering with state, local and national arts organizations, foundations and small nonprofit organizations. She is project manager for the Arts & Democracy Project, a national team of cultural organizers; senior writer for the National Performance Network in New Orleans; and a member of the consultant pool at the Georgia Center for NonProfits. Her work is infused with the skills she acquired early in her career as director of community theatres in North Carolina: creative engagement, goal-oriented planning, and building a culture of reflection, learning, appreciation and team-work.

Kathie was a founding member of Alternate ROOTS in 1976, a regional service organization for arts and activism in the South, served as ROOTS’ executive director for nearly ten years (1988-1997), and continues as an active board member. For several years she worked with the Mary Reynolds Babcock Foundation as field staff for their GrassRoots Organizations program, working with dozens of small community-based organizations all across the South.

With a special focus on participatory strategic planning and the design and facilitation of staff and board retreats, Kathie’s focus is often on small, grass-roots organizations in the early years of development. She is certified as a mediator in the state of Georgia, and understands conflict as a necessary element of social change, a site for creative and productive problem-solving.

A Fellow in the Rockefeller Foundation’s Next Generation Leadership program and a Rockwood Fellow, Kathie has served as an elected official for the City of Pine Lake, Georgia since 2002. She has been a vocal advocate for and practitioner of arts and community development, and is currently serving a four-year term as mayor.

Kathie lives in Pine Lake with her partner of 13 years.