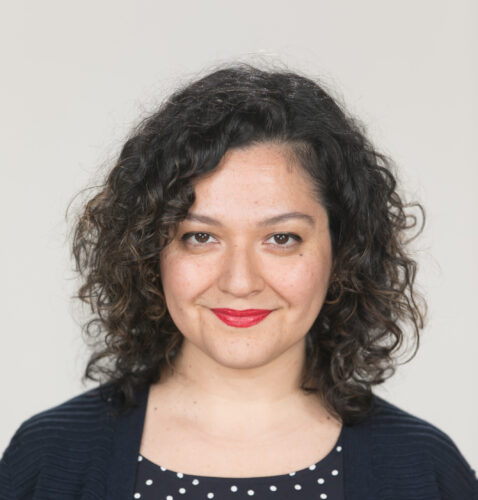 For over two decades, Priscilla González has worked at the intersection of racial, economic, and gender justice. She has played multiple leadership roles in grassroots organizations and multi-sector coalitions, including as executive director.

As the daughter of a domestic worker, Priscilla is especially proud of co-leading efforts to pass the nation’s first Domestic Workers Bill of Rights in New York State. As a native New Yorker, she also helped to lead the largest unprecedented campaign and coalition against police brutality, winning historic legislation and organizing citywide mobilizations that led to key systemic changes.

Most recently, she was Campaigns Director for Mijente, the leading digital and grassroots hub for Latinx and Chicanx organizing and movement building in the U.S. and Puerto Rico, where she played a key team role in the launch of the #NoTechforICE campaign, led the organization in defining its core campaign methodologies and strategies, and provided organizing support for the Fuera Trump campaign that mobilized Latinxs to the polls in unprecedented numbers for the 2020 elections.

In 2021, Priscilla founded Catalejo, a consulting and coaching practice that seeks to build meaningful and long-term relationships with organizations working toward liberation from oppression. Catalejo builds on more than 20 years of social justice organizing and organizational development, offering wrap-around and targeted support to build resilient, visionary, and strategic leaders, teams, and organizations that contribute to a robust and powerful movement.

In addition to leading Catalejo, Priscilla serves as Program Director at the Center for Empowered Politics (and Education Fund), a practitioner-led movement capacity organization that trains and develops new leaders of color to grow their power building and co-governing infrastructure. She is a Certified Professional Coach, trained and certified by Blooming Willow, an accredited certification program recognized by the International Coaching Federation (ICF). Since 2019, Priscilla has lived in West Texas with her partner and pup.