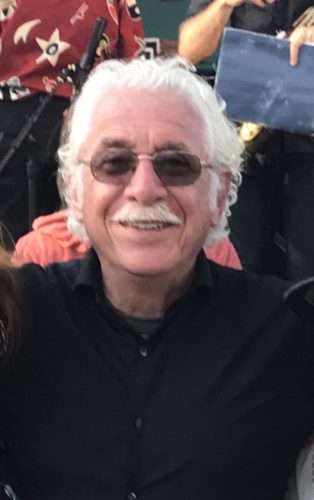 I am a Chicano from Colorado/New Mexico.  Like many Chican@ families, mine worked the land in Mora, New Mexico and Trujillo Creek, Colorado, but lost that land and ended up working in the coal mines owned by the Rockefeller family.   I had family members at the infamous Ludlow Massacre of 1914, where two dozen striking miners, and women and children, were murdered by National Guard troops sent in to break the strike.  Growing up, I heard the story of the massacre and of my family’s experiences working in the mines, working to unionize the mines, as well as working on the land.   In 1969, as a student at the University of Colorado in Boulder I heard the story of the Massacre again in CU’s first-ever Chicano Studies class from guest speaker Corky Gonzalez and realized that my family’s history was a part of Chican@ history and working class history.  Inspired by this class I decided to become an organizer, and became involved with the Crusade for Justice, a Colorado-based Chican@ liberation organization, which not only helped develop me as an organizer but introduced me to a broad range of Chican@ struggles — including support for the efforts of the United Farm Workers, the boycott of Coors Brewery, the fight against police brutality, efforts to achieve Chcian@ political representation through La Raza Unida Party, Chicano Welfare Rights, and others.   Later, in 1970 when I moved to Oakland, California, I became a member of the Brown Berets, working to establish a community-run health clinic in Union City, California, to build opposition to the US War in Viet Nam, to support the UFW lettuce and grape boycotts. and to build Chican@ political power in the electoral arena.

My experience in the Bay Area included work as a paralegal at La Casa Legal in San Jose, helping to establish the San Jose community organization Raza Si!,  a stint as an autoworker at General Motors plant in Fremont, as a student organizer at Ohlone Community College, and later as a labor organizer at Pacific Steel Casting in Berkeley.   All of these experiences not only deepened my knowledge of organizing, planning, campaign strategy, leadership development, strike support, and coalition building, but also provided me with a profound understanding of the inseparable connection between race, class, and gender oppressions and a realization that meaningful social change was not possible without serioysly addressing these intersected issues.

My more recent experience was as the executive director of Communities for a Better Environment (CBE), one of the leading environmental justice organizations in the country.    CBE organizes working class African American and Latin@ communities in Oakland, Richmond, the Harbor area of the city of Los Angeles, and the Los Angeles county cities of Southgate and Huntington Park.  CBE works at the state level through the California Environmental Justice Alliance (CEJA), and nationally through the Climate Justice Alliance (CJA).  During my tenure at CBE the organization played a leading role in challenging the dominance of market mechanisms in California’s efforts to combat climate change, as well as to ensure that equity would be central to all climate change legislation and policies.  CBE was a leader in the efforts to ensure that the expanding clean energy infrastructure was prioritized for low income rural and urban communities, especially those communities on the frontlines of the struggle against the fossil fuel industry.

I was a principal architect of a community leadership development curriculum created by the Coalition for Educational Justice, as well as a youth leadership curriculum developed by the San Fernando Valley Partnership.  I was also the author of Reflections on the Green Economy, a manifesto-of-sorts for centering social justice and equity into all facets of the emerging green economy.  I have also authored The Struggle for Chicano Liberation, The Sunbelt Strategy and Chicano Liberation, The Struggle for Language Equality is a Struggle for Democracy, as well as a poetry series featuring familia and/or the sublime struggle for social justice.

I live in Cudahy, California.