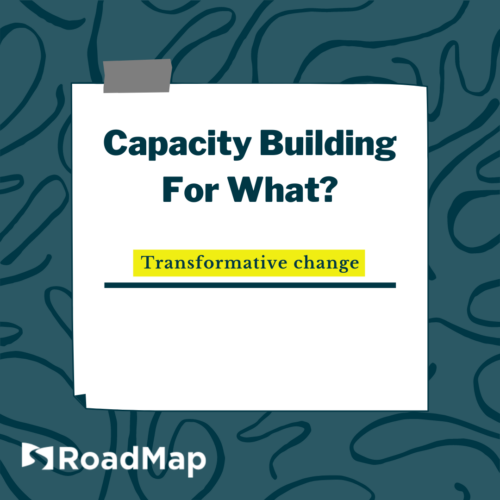 We enable the network to practice through a racial justice lens both internally as well as through the work that we do to support social movements.

The Racial Justice Action Team (RJAT) began with an awareness of the need for the RoadMap network to strengthen its confidence, courage, and collective ability to fully integrate issues of racial justice into our work. The team was created in August 2015 with the participation of the Director and another member of the Operations Team as well as five RoadMap consultants in a multi-racial but majority people of color formation.